It is time for the truth to be brought out in open Congressional hearings. Behind the scenes, high-ranking Air Force officers are soberly concerned about UFOs. But through official secrecy and ridicule, citizens are led to believe the unknown flying objects are nonsense. To hide the facts, the Air Force has silenced its personnel.
~   Roscoe H. Hillenkoetter, former CIA chief in New York Times on Feb. 28,1960

Look – in the sky – it's a bird – it's a plane. No! It's an unidentified flying object sending love our way!!! It would be arrogant to think that humans are the only intelligent life in the universe – not to mention lonely. In fact, if the universe is billions of years old, it's conceivable that there are many beings even in this galaxy who are at least millions of years in advance of us technologically.

Now what would happen if a few of those beings came our way? What if they are already here, but not wanting to make a fuss about it? If you are ready for a really fun ride on the UFO roller coaster, watch below the amazing, highly entertaining 90-minute UFO documentary Out of the Blue. It was one of the most popular programs ever shown on the Sci-Fi channel. Buckle up your seatbelts! (Or not...)

https://www.personalgrowthcourses.net/video/ufo_videos - Out of the Blue

If you are unable to watch videos on your computer for technical reasons, please find an Internet cafe or borrow a friend's computer to watch the above thrilling program before going on with this lesson. 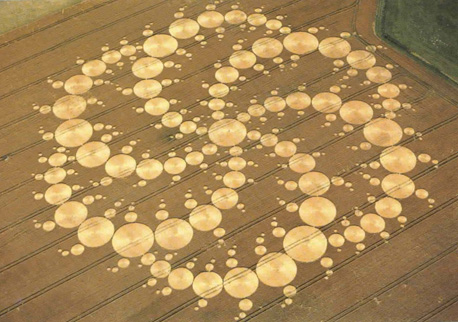 I finally concluded, especially after reading a book called "The Day After Roswell" written by Colonel Philip Corso, that unidentified flying objects are, in fact real. I am hoping that we can persuade the Canadian Senate to hold hearings and listen to some of the 400 witnesses that ... Dr. Steven Greer, has compiled.
~   Paul Hellyer, Former Canadian Minister of Defense on MSNBC, Dec. 12, 2005